>The next day Kazu, present because of social obligations at a dance recital given by some pupils, burst into tears at the opening refrain of Yasuna, “Love, oh love, leave me not in mid-air, love.” —Yukio Mishima, After the Banquet

Lord of the stars. King of all heaven. Father of Rhea, father of Chronus... If the sky is eternal, and the spaces between them move with the guile and cunning of those immortal gods, Uranus is surely the most generous and forgiving. In Uranus, there's billions of little problems, some crabs, small affected rocks, and even a score of monsters! The sky is boundless, anything can go wrong! Water stems from every pore on Uranus, and shares a sky with no one. It even rotates on its axis! How many planets can say they roll on their side?

Asian Gorl, give us all infinite possibility. Everything of possibility! Leave nothing out of the human imagination! Let the chaste blue sky score on and on for eons! Let every man look out at his destiny for miles! Let his legacy grow from... himself! We all want to fly, and mankind's ambition is to leave these frail bodies for newer, better shells... let Uranus guide us to that Theogony! 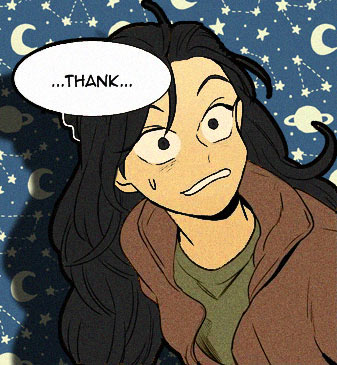