The endangered red beary (or "ebil" beary as most unfortunately know them) is a highly misunderstood creature. Agents of both Yosho and spikeman have mislead the esforce into believing the red beary is actually ebil beary, but this is pure disinformation; an unfortunate casuality of competiting political narratives to appeal to the older upper middle class bloc of the Yuji Sakai demographic.

As you may know, there has been much talk of them of late, with the current swaglord authorities going so far as to do sticky even so far as to been to do more like even.

Contrary to popular belief, the smile and eyebrow furrow of the red beary is not a display if ebil intent. Indeed, this isknoen by professionals in niceology as the mild exesparation grimace. The reality being that these bearies are been acted upon with great rudeness in order to produce shots of red bearies being bade, ebil, and rude. This is in fact, not the case at all.

The mean red bearies are cherrypicked examples, and I urge you all to contact your local swaglord and demand they reconsider Prop 69 AKA the bad board proposal.

As you can see, the situation as dire, as even our own keksandra has been known to inconvenience red bearies who do not want to be picked up, and call them ebil. 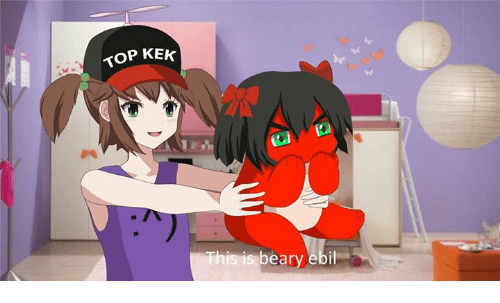