I wanted to do a critical analysis of one of the most underrated s4s memes, "Introducing" .
Why is it underrated? There is so much here to discuss, but let's go through the basics.

1. The Title:
The name of this meme is "Introducing" . This serves two purposes. On the surface, it suggests that the meme is being presented as something new.
The second purpose of the title is meta. Because the title of the meme itself is "Introducing", we are constantly subjected to an introduction every time it is posted. Yet with repetition, we are left wondering, "Have we been introduced yet? What is this asshole waiting for? Is THIS the meme that is being introduced?" But the meta part here is that the title is a satire of the way in which people present their new memes. It is as if, by saying that we "introduce" memes, we are thus showing them off, or something along those lines. But memes are special because of their repetition, and no one really remembers where they begin. Something memorable doesn't need a fancy introduction, it merely needs to be served straight up, over and over again like we're dogs waiting for our lamb and beef. The "Introducing" meme makes this point clear, while also poking fun at the people who think good memes need introduction.

2: The Image
Once again, there is a dual purpose here. Yes, it is a monkey who appears to be saying "introducing" as we might read from the shape of his/her lips.
However, there is also some doubt as to whether or not this is really the case. Monkeys cannot talk. So is the monkey the meme? Is someone introducing the monkey, rather than it being the monkey introducing someone/thing else? There is no clear answer here.

3. The Message
Ultimately, the message is unclear. And Introducing proves that this is just AOk. It proves that meme-making is at its heart a simple endeavor, and we should all just have fun with it, rather than try to create the next big thing. 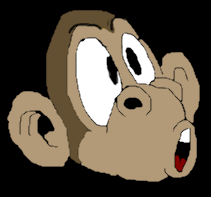