This guide will teach you "cutepost" technique.

"Cutepost" is a close relative of shitpost. As such, they are often mistaken. If you understand shitpost, then "cutepost" will be mastered shortly.

First, long form of "cutepost".
Long form consist of omission of punctuation to create image of childish excitement.
Allowed to use multiple exclamation or question marks at the post end to enhance effect.

Second, short form.
Replacement of punctuation with line break.
You may end each line with exclamation/question mark if you please.
Both forms utilize intentional misspelling.
Compare "what happened?" to "what happended?".
The cuteness is clear to see.
A simple way to boost your "cutepost" strength is to use "a" where "an" is appropriate. For example, "a apple!".
Both forms may contain acronym. "lol" is common and used by posters experienced in "long form cutepost" as substitute for comma or period.
"haha", too.

"you" may become "u", etc. However, this is not always the case. Use discretion.
An example of this is "know" versus "kno", a common problem faced by novice of "cutepost".
In an attempt to maximize cuteness, the "w" is omitted. However, it will likely be viewed as an "ironic shitpost" due to overdoing it. It becomes a parody of itself.

Image uploaded is good for "cutepost". Any cute girl is acceptable.
But a true master is cute with even no image.

The big problem of "cutepost" being called "shitpost" and vice versa is simply a matter of one thing:

If you are honest in your intent then people will realize it. It's simple.
If you aren't, then it can be seen as a joke or even insult. Then you enter "Hell of Ironic Shitpost". You can't return.

Just kidding! You can return!
So manifest your inner little girl! If you believe you are cute, I can believe it too!

I look forward to seeing a lot of cute posts from you! 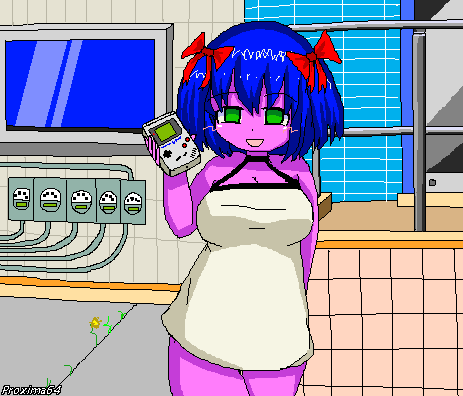